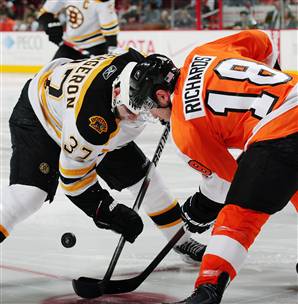 The Bruins beat the Buffalo Sabres in the first round in 6 games and have advanced to play the Philadelphia Flyers (a rematch of the new years day game at Fenway). This series should be very close and very physical and has already proven to be as the bruins have won the first two games of the series in Boston and now go on the road to Philly for two games and back to Boston if necessary. I am loving the Bruins play as of late, they are looking more physical and aren't sacrificing the defense when doing so. The best part is, they are finally scoring goals! In the regulars season they averaged 2.4 goals per game, so far in the 2010 Playoffs they average 3.1. It is definitely exciting especially after the return of Marc Savard whose overtime goal in game 1 of the 2nd round won the game for the B's. It will be interesting if they and Pittsburgh advance and we see a reunion of Matt Cooke and Savard. Cooke was the one who took the cheap shot on Savard that put him out for the season until now. 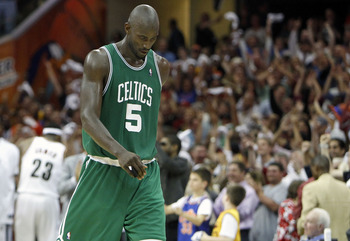 The Celtics also made it thorough their first round against the Miami heat winning their series in 5 games. They now face their rivals the Cleveland Cavaliers and the 2010 NBA MVP Lebron James. This is a tough series no doubt for the aging Celtics. They are enormous underdogs and are picked by the majority of ESPN Analysts to lose in 6 games. The key to success for the Celtics is to not turn the ball over and to not foul as much as they have been. They have been great the first 3 quarters this playoffs but as we saw last night when they led by 21 with 9:00 left in the 4th quarter and then at 5:40 in the 4th their lead was only 10. They came back to win significantly and now share a 1-1 series with the Cavs as they head to Boston for two games. This split was huge because the Celtics are better on the road then at home this season so to get the split was nice.